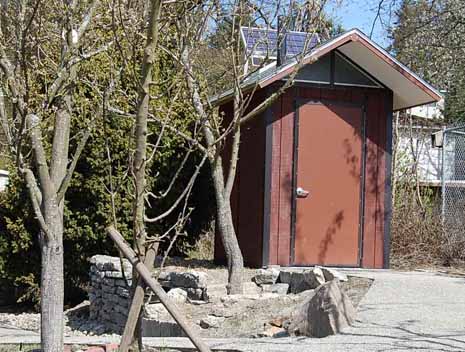 Recently installed at the Picardo Farm P Patch, it encompasses much that is important to Wedgwood residents, namely sustainability and forward-thinking. And it’s got it all, solar-powered ventilation, waterless hand sanitizer, handicap-accessibility (including a new ramp made of tightly packed gravel) and even a little notoriety, getting written up by several blogs in the area.

The only things missing are its first “deposits” (as a sign currently taped to the toilet humorously points out) — and a name.

Both items, however, will be taken care of on Saturday, April 3, when the P Patch kicks off its spring season. Rent’s Due Ranch will sell plant starts, garden tours will be given and voting for a name for the new loo will take place, followed by a dedication ceremony at 12:30 p.m. and a training on its use and maintenance. 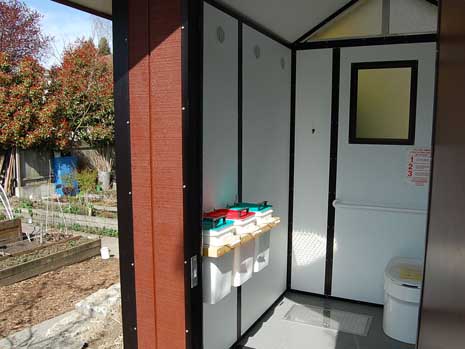 The toilet, which replaces a tippy port-a-john at the P Patch, was purchased in part with a $15,000 City Neighborhood Matching Fund grant through a process managed by the P-Patch Trust. It’s the M54 Trailhead, manufactured by Clivus Multrum.

“The M54” isn’t much of a name, though. Neither is “the Clivus Multrum.” How about “the Vault?” Or “the Depository?” Other ideas?